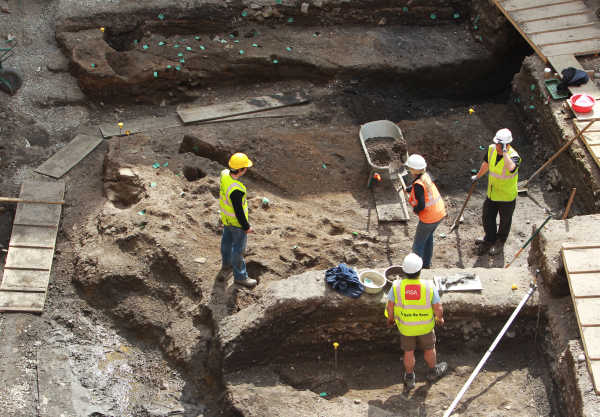 From RTE NEWS
Archaeologists have uncovered a Viking settlement, on what was once an island in Dublin’s Temple Bar.
The two Viking homes were found during excavations at Meeting House Square in advance of building work at the site. It is believed the settlement was built on an island in the River Poddle in the 10th or 11th century before it was destroyed by flood waters. A number of pottery artefacts from a later date have also been discovered during the dig, which began two weeks ago.
Read the rest

One Response to “Viking Settlement found in Temple Bar”