Last week I had the pleasure of visiting four libraries in Longford. As well as reading from my book, I discussed story writing and then got the groups to create their own brand new Viking God and make up a story based on this character.

I had great fun listening to the endless imaginations of all the groups. None of their gods or stories were the same and it was a real joy to read what they’d written!

I’ve included some images of the St Mel’s stories and god below. One of my favourite lines has to be ‘Then the other god hit him with a berry and gingernut biscuit and stabbed him with his long fingernail’! 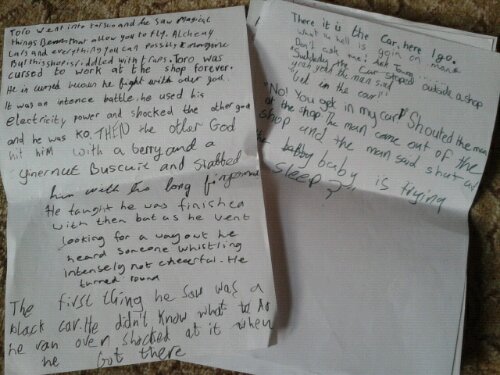 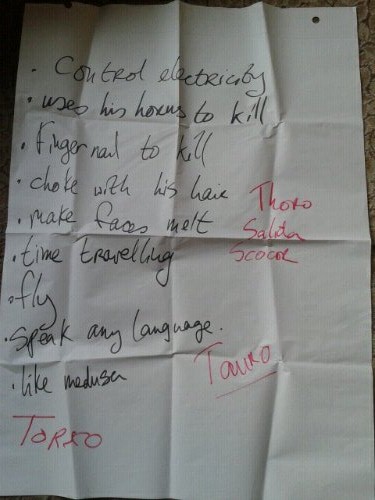