A few weeks ago I got a missed call. When I listened back to the voicemail, it was from a teacher in Navan telling me how much her class had been enjoying ‘Arthur Quinn and the World Serpent’ and how excited they would be to have me visit. I, of course, promised that I would visit them and on the 30th of November I was true to my word.

Like the Hunt School, this was one of the first school visits where the class had read most of the book and had questions prepared. As soon as I was in the door, I was asked for a few high fives! After talking about the book and writing for a bit, I discovered that the class had drawn pictures based on their favourite scenes. (A few of them are below!) They had also studied the history of the Vikings and their myths in great detail.

As I went around the class looking at the pictures and signing anything I was asked to sign, the pupils kept enthusing about the book. One boy even said that he wished Arthur was real! Another called me a saint!

They had some great questions prepared; about the book, about writing, about my favourite colour, about what football team I supported. When I informed them that I didn’t actually like football, there were groans. But they pushed me to give some answers so I think I made amends somewhat by naming Arsenal.

As if I wasn’t on a big enough high by the end, just before leaving three of the boys stood in front of the class and sung to me. It was a song they wrote and was really excellent! I have to say I had a great time visiting the class and hope to visit them again next year for book 2! 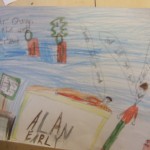 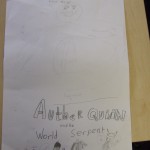 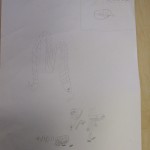 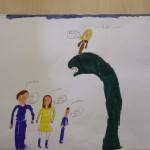 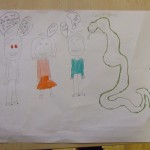 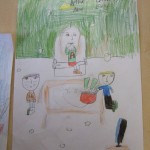 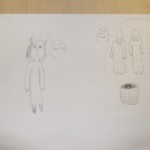 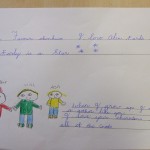 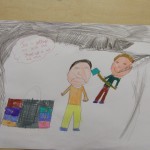 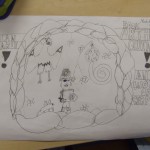 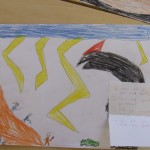 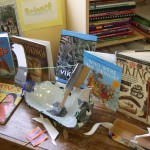 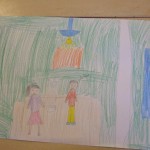