I visited 25 schools, libraries and bookshops in Dublin and a further 10 around the country – nearly all in four weeks! I met hundreds of young readers, dozens of teachers, librarians, booksellers and parents. In that time, I answered countless questions, read from the book so much that I know certain passages by heart and signed a cramp-inducing number of books. I even got the pleasure of watching a play based on the first five chapters of the book!

The project finished with the Serpent Train in Connolly Station. A train was parked in the station with a different event on each carriage. I was reading in one, my good friend Seán gave an illustration workshop in another. There were crafts and even live snakes to pet! It was a wonderful day out for all concerned.

(Below: Myself, my parents and my brother Paul at the giant World Serpent) 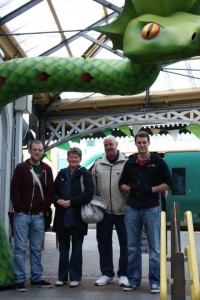 The whole idea behind the initiative is admirable and much needed. To make books as fun and appealing as they can be in this electronic, Facebook world is really important. I had a fantastic time taking part and I can only hope that the project continues for many years to come!

The whole three months were, in a word, wonderful! And I want to take this opportunity to thank everyone involved; from Jane and everyone in Unesco Dublin City of Literature to all at Mercier Press… from the amazing booksellers who got behind the project to everyong at Irish Rail, Viking Splash Tours & St Patrick’s Festival… from anyone who gave me a lift or helped out in anyway to each and everyone of the librarians, teachers and kids I met – a massive THANK YOU!

Right now, I’m slowly getting back to normal. I’ve spent the past week or so working on the updated website for the new book (coming in August) and I think it’s going to look really good. Next week I intend to get back writing properly. I have a story I’ve wanted to tell for a while that I’m really excited about. It’s not Arthur – in fact, it’s almost the opposite of Arthur – but I can’t wait.

Until my next post – which I promise won’t be as long a wait – have a look at these fantastic pictures of the Serpent Train. 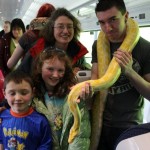 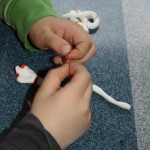 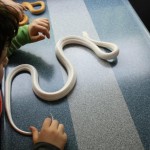 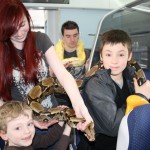 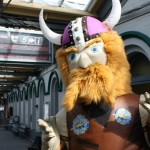 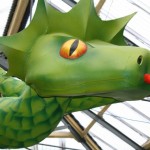 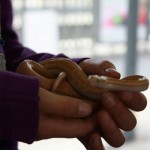 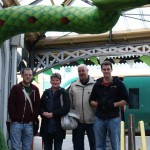