I’m appearing at some fun and interesting events over the next couple of months so I figured I’ll list them here. 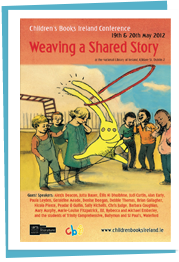 This is one for children’s book enthusiasts everywhere. The annual conference from CBI takes place in the National Library. This years theme is Weaving a Shared Story and I’m taking part in a panel discussion on childhood influences. Other panelists include Paula Leyden, Geraldine Meade, Denise Deegan, and Debbie Thomas. I’m really looking forward to this as, not only is this my first time as a participant of the conference, it’s my first time attending! There’s a great line-up including a host of children’s writers for all ages. Have a look at the flyer here and book your tickets soon. This one usually sells out! END_OF_DOCUMENT_TOKEN_TO_BE_REPLACED 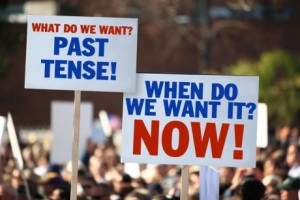 I’ve used the present tense throughout all the Arthur Quinn books – but sparingly. In each book, Arthur experiences strange dreams/visions of Asgard, the land of the gods. I wanted these visions to read differently. Switching from the past to present tense acts as a sort of lingual key for the reader; it takes them away from Arthur’s world and brings them to the world of the gods, a time where time itself acts differently. It’s jarring but it’s supposed to be. END_OF_DOCUMENT_TOKEN_TO_BE_REPLACED

I visited 25 schools, libraries and bookshops in Dublin and a further 10 around the country – nearly all in four weeks! I met hundreds of young readers, dozens of teachers, librarians, booksellers and parents. In that time, I answered countless questions, read from the book so much that I know certain passages by heart and signed a cramp-inducing number of books. I even got the pleasure of watching a play based on the first five chapters of the book! END_OF_DOCUMENT_TOKEN_TO_BE_REPLACED 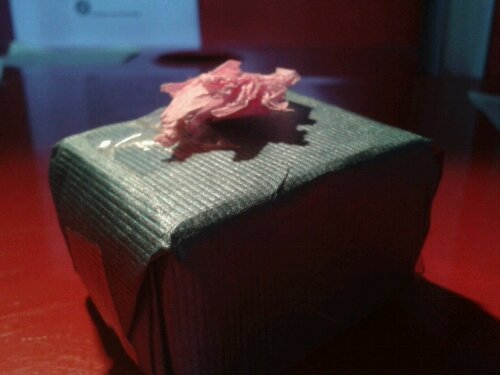 On Wednesday last I did an event in Dubray Books Grafton Street. One of the classes from Scoil Bhride in Ranelagh actually brought me a gift. It was beautifully wrapped as you can see above! Anyway, as I slowly started taking the paper off and wondering aloud what was inside, the class assured me that I would like it. ‘You say you like these on your website!’ exclaimed one girl. END_OF_DOCUMENT_TOKEN_TO_BE_REPLACED

There’s an extensive interview with me over at writing.ie where I talk about Children Save Dublin, my inspirations and why I chose to write for children.

I enjoy visiting schools, bookshops or libraries. The people I meet there – and the children who are excited about the book – are always so welcoming. Thanks to the ‘Children Save Dublin’ initiative, I’ve been asked to attend quite a lot of events over February and March. The two months are filling up nicely but I’m always happy to make it to as many visits as possible.

So, if you would like me to attend your school, library, bookshop or book club, just email me to odin@arthurquinn.ie or fill out the form here!

(And don’t forget, I’m available for book events all year round. If Feb/Mar don’t suit your group, we’ll still be able to arrange something!)

A while back, a reader asked me to describe my desk. I thought the best thing to do would be to throw up a few pictures here. 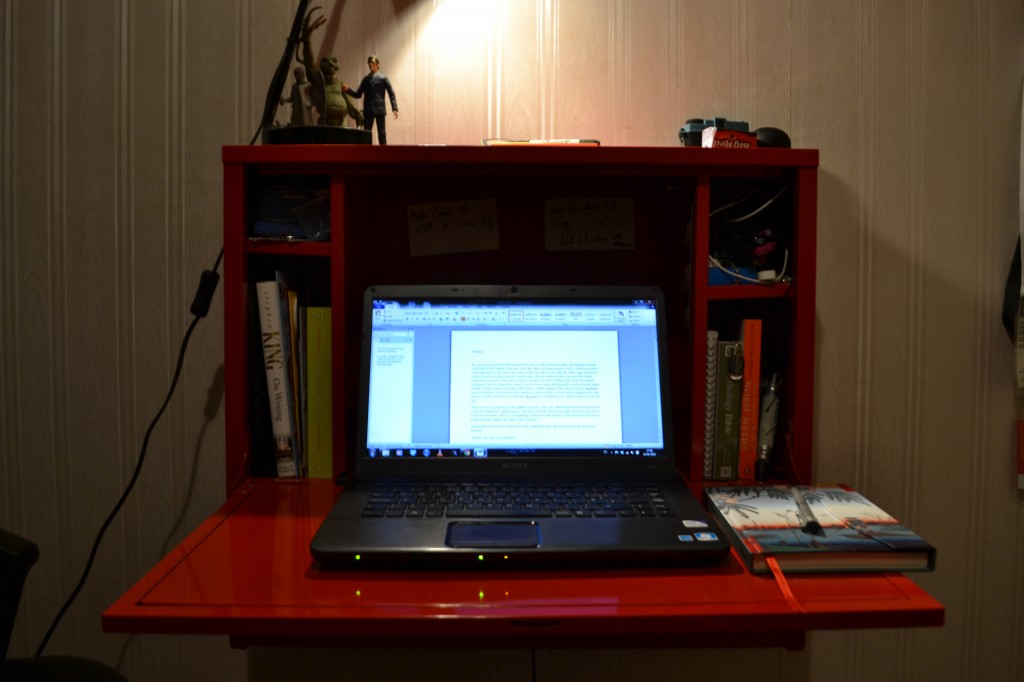 Space is at a premium in my room, so this fold-up desk from Ikea was a perfect solution. It has just the right amount of space for my laptop and a few books without allowing me to clutter it. END_OF_DOCUMENT_TOKEN_TO_BE_REPLACED

This morning I could be seen at Stephens Green for a photo call. Why, you ask. Well it for the launch of the UNESCO Dublin City Of Literature reading project “Children Save Dublin”, that is encouraging children between the ages of 8 and 13 to read my book. There will be some big events throughout and I will blog about it properly later but for now, here are a couple of images of a Viking with Arthur and Ash!

You can hear a report on Morning Ireland here

(A big thank you goes out to everyone who helped out today, especially all at Viking Splash Tour and Charlie & Zoe who made an excellent Arthur & Ash!) 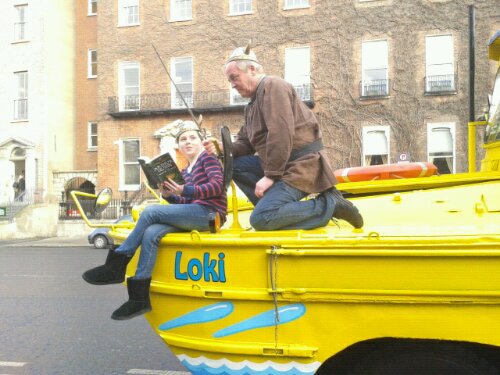 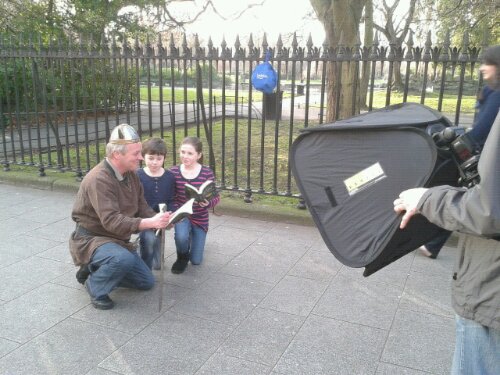