I had a great homecoming in Mohill today when I visited the Hunt National School. As well as being full of fantastic and clever questions, the pupils had even created some amazing works of art based on the prologue from my book. I took photos of each of them and post them here. (more after the jump!) 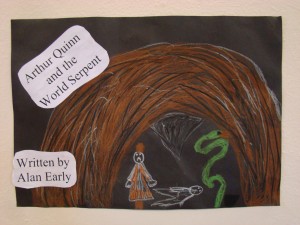 END_OF_DOCUMENT_TOKEN_TO_BE_REPLACED

Last week I had the pleasure of visiting four libraries in Longford. As well as reading from my book, I discussed story writing and then got the groups to create their own brand new Viking God and make up a story based on this character.