Why not get in the Christmas mood with this Interactive Arthur Quinn Advent Calendar? Every day there’ll be a different video, download or game, giving further insight into the characters or just giving you a few seasonal smiles.

It begins Dec 1 (obviously) but you can check out the pretty snowscape in the mean time!

As some of you may have heard, my book ‘Arthur Quinn and the World Serpent’ has been shortlisted in the Bord Gáis Energy Irish Book Awards in the Best Children’s Book, Senior section. These are very prestigious awards and being shortlisted with my debut novel is a very exciting experience. My category has some strong competition. It’s all the best of Irish children’s writers; Three-time previous IBA winner Derek Landy, hugely bestselling author Darren Shan, Denise Deegan and Anna Carey. These awards are different from many others as the public get a say in choosing the winner as points are given based on both judges’ and public votes.

So, with that said, I’ll ask you to please vote for my book here. Everyone who votes is instantly put into a draw for a €100 Book Token, too!

(I feel I should also point out that there’s a great children’s writing competition on the site too. Check it out here!)

There’s a great article over at Inis Magazine that discusses the book trailer, its effectiveness and the producers’ ways of showing enough but not too much.

It got me thinking about my own book trailers. Since I come from a film background, I was, of course, excited about having a trailer for my book. Even before I had discussed the possibility with my publisher, Mercier Press, I had an idea of what the trailer should be. Dark, atmospheric, creepy were some of the adjectives that came to mind.

I had quite a bit of experience with trailers like this, having produced short viral promos for various theatrical productions over the past couple years. These plays often faced a similar problem that books do – until the production is staged, there is a lack of actual filmed footage. So I would take photographs and text and animate them to suit the piece. These trailers seemed to be quite successful in getting bums in the seats so I was certain that something similar would work for my book. END_OF_DOCUMENT_TOKEN_TO_BE_REPLACED 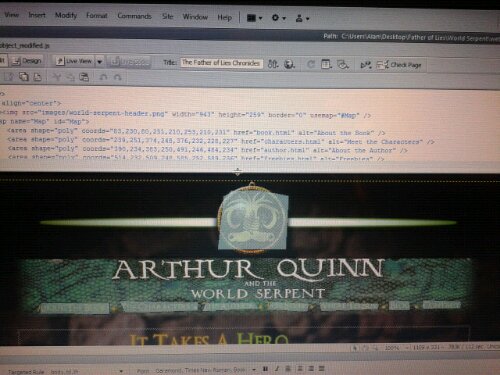 While I’m still on the topic of Harry Potter, here’s a fun Parseltongue translator I found. 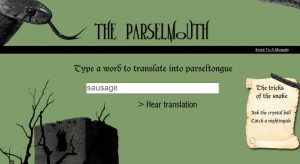 So the Harry Potter films will finally be coming to an end around the world on next Friday 15th July. No matter how much you like the books, I doubt you can say you’re a bigger fan than this guy…

College Humor re-imagined a handful of famous Sci-Fis as kids books. If you’re a sci-fi nerd, you’ll find these hilarious. If not, you’ll at least like the pretty colours. 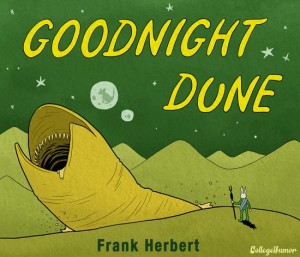 END_OF_DOCUMENT_TOKEN_TO_BE_REPLACED

Daniel Radcliffe tells the world that he really is Harry Potter.

I Am Harry Potter from Daniel Radcliffe

So apparently, JK Rowling’s mysterious Pottermore project is an online treasure hunt that leads fans to prizes in the real world. If this is true – (and I hope it is as it’s better than some of the theories I’ve heard so far) – I like it. It’s all very Willy Wonka. Let’s hope that if this is, indeed, the case, that Pottermore is inclusive of Ireland!

According to the Guardian;

News of the project emerged after the Times appeared to have been sent a memo by mistake, although it is not known if it was sent as a marketing device. PR company Adam & Eve appears to be behind the project, and has, in the past, conducted online treasure hunts using Google maps. Last year it created LittleBigMap, a game designed to promote the video game LittleBigPlanet 2, which encouraged users to find new markers on the map by following clues.