This is an easy one. I’ve always loved comics and have a pretty decent collection. I also love art and have studied fine art, graphic design and film in college – all of which work nicely with the medium of graphic novels. It’s years since I made any art on paper properly and I’m sure I’ve lost whatever talent I may have had in that area so I wouldn’t be able to draw a comic but I would absolutely love to write one. If any comic artists or illustrators out there want to collaborate, give me a holla! END_OF_DOCUMENT_TOKEN_TO_BE_REPLACED

Artist Yayoi Kusama recently built a plain white installation in an Australian gallery and then gave kids stickers to transform the space over two weeks. The result was a glorious explosion of colour.

More after the jump. 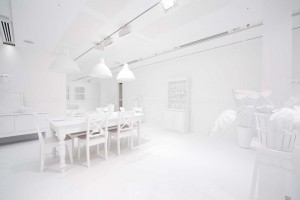 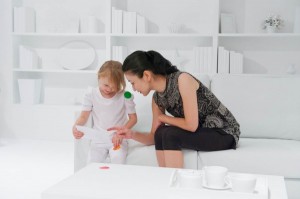 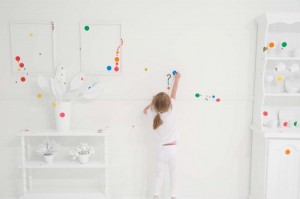 END_OF_DOCUMENT_TOKEN_TO_BE_REPLACED

A few years ago, Joss Whedon, writer of creator of Buffy among other things, shared his top 10 writing tips with 4Talent magazine. They’re mostly aimed at screenwriters but could easily apply to most types of writing, particularly any fiction. So here they are, with some of my thoughts after in italics.

Actually finishing it is what I’m gonna put in as step one. You may laugh at this, but it’s true. I have so many friends who have written two-thirds of a screenplay, and then re-written it for about three years. Finishing a screenplay is first of all truly difficult, and secondly really liberating. Even if it’s not perfect, even if you know you’re gonna have to go back into it, type to the end. You have to have a little closure.

This is so true. There really is nothing worse than a story or script hanging over your head.- Alan

Structure means knowing where you’re going ; making sure you don’t meander about. Some great films have been made by meandering people, like Terrence Malick and Robert Altman, but it’s not as well done today and I don’t recommend it. I’m a structure nut. I actually make charts. Where are the jokes ? The thrills ? The romance ? Who knows what, and when ? You need these things to happen at the right times, and that’s what you build your structure around : the way you want your audience to feel. Charts, graphs, coloured pens, anything that means you don’t go in blind is useful.

Some people might not like structure but I think it’s good idea that if you do find yourself stuck to revert back to structure. I’m not big into making notes, although I have started making Post-It notes of what I’m writing that day.- Alan

3. HAVE SOMETHING TO SAY

This really should be number one. Even if you’re writing a Die Hard rip-off, have something to say about Die Hard rip-offs. The number of movies that are not about what they purport to be about is staggering. It’s rare, especially in genres, to find a movie with an idea and not just, ‘This’ll lead to many fine set-pieces’. The Island evolves into a car-chase movie, and the moments of joy are when they have clone moments and you say, ‘What does it feel like to be those guys ?’

4. EVERYBODY HAS A REASON TO LIVE

This is brilliant advice and it’s so so true. The best pieces of writing always make sure everyone has a perspective. A great example of this is the George R Martin’s A Song of Fire and Ice series. Perspective just gives you more layered characters and this is vital to a good story. – Alan

5. CUT WHAT YOU LOVE

Here’s one trick that I learned early on. If something isn’t working, if you have a story that you’ve built and it’s blocked and you can’t figure it out, take your favourite scene, or your very best idea or set-piece, and cut it. It’s brutal, but sometimes inevitable. That thing may find its way back in, but cutting it is usually an enormously freeing exercise.

END_OF_DOCUMENT_TOKEN_TO_BE_REPLACED

I’m in the middle of writing Book 2 (aka Arthur Quinn and the Fenris Wolf) these days and so far it’s all going smoothly. The chapters I’m working on at the minute are quite layered, where we follow several different characters in various parts of the country on top of some pretty important pieces of exposition. Even though I know the general plot backwards, I’ve started writing the various plot points for these chapters on post-its. I stick them up over my desk and keep referring back to them as I write. The greatest feeling is pulling one down and crumpling it into the bin.

Right now I’m working on Books Two and Three of the Father of Lies Chronicles. I like to get the whole plot worked out in my head before I sit down and write it. In fact, I always find the writing the easy part. But as I’m thinking about the final few plot points, I realised how important music is to me when writing.
When I’m working out the plots I find it useful to go somewhere by myself. Maybe go for a walk, or a trip on the bus. But always with my iPod earphones tucked tightly in. The music I listen to helps and informs the scene I’m thinking of. It makes the movie playing in my head all the more real. I don’t often listen to music when I’m doing the actual writing bit, but it can help then too. I’ll sometimes listen to exciting, bombastic, fast music if I’m in the middle of a particularly thrilling scene.
So this got me thinking. What songs and pieces of music would add to the experience of reading Arthur Quinn and the World Serpent? And here are three of them with brief explanations why I’ve included them. Think of it as an unofficial soundtrack for the book.

A lot of you might recognise this piece of music from Doctor Who. I hold my hand up; I am a big Doctor Who nerd. But I’m including this piece for a more important reason than my Who-obsession. I first had the idea of the World Serpent and the young boy that would have to defeat it while on the bus back to Dublin one Sunday. It was raining and the traffic was idling slowly along the Quays (as in the opening scene of the book). While looking out on the Liffey, I thought that it would make an interesting story if the Vikings had left something under the water. A monster. The music playing on my iPod as I had that thought was this piece.


Room of Requirements – Nicholas Hooper
I love all the music in the Harry Potter films but for me, this piece always stood out. It’s playful, creepy and loads of fun, which is probably why I played it to myself while writing the underground scenes in The World Serpent.


New Born – Muse
As you’ve probably noticed already, I tend to prefer music without lyrics when writing. But here’s one song that I find great when coming up with really epic and exciting action scenes, just like the end to The World Serpent.